The humble website is only 20 years old. In this short period they have evolved from the technological novelty of mega-brands to being truly accessible to anyone who wished to make one. Where once it took many months and a degree from MIT to launch a website, today we could buy a domain, set up our hosting and launch our website in just a few hours. So what’s next? Well, it may go against the grain for me to say this…but I think they may be in trouble.

While twenty years is hardly a short time, it’s easy to take for granted just how much the internet has changed in that time. Just think about this:

While most brands set up their websites in the hopes of attracting customers, it wasn’t until ten years ago that we really see online marketing take form. Things like content marketing and paid advertising, techniques that we are all familiar with today, were new and exciting back then. Brands began to realise it wasn’t enough to have a website, they needed to attract people to it. But in the decade since, there has been a 457% rise in competition. Where ten years ago some websites managed to capture an entire niche easily, today it seems like every corner of the web is subject to fierce competition and the only people who are benefitting are the big guys.

As more websites led inevitably to more competition, that also meant more opportunities for the likes of Google and Facebook to take your money. Online advertising represented a real, genuine level playing field ten years ago. Both Google and Facebook understood that the best way to build up their platforms was to offer their service at affordable prices, build up their data knowledge and customer dependency, and then crank up the prices. Revenue or Google ads has increased at more than 10% every single year for twenty years, and while you might think that revenue is a sign of demand, and that demand is a sign that ‘it must be working’ I would argue the opposite.

As someone who has conducted PPC campaigns for a wide variety of clients, in nearly every sector, the general trend I have seen is that ROI is decreasing and prices are being artificially inflated. The problem is though that the likes of Google have a monopoly on the market and brands are worried that if they don’t play the advertising game, they’ll never get to the top of search engines.

With an increase in competition and advertising costs, many brands looked to leverage social media channels as a more cost-effective means of getting visitors to their websites. It took most companies much longer than they would like to admit to adjust to the world of social and the idea that communication was now 2-way. No matter how hard brands tried they would never be as popular as real people and we saw the adoption of influencer marketing and sponsorships boom five years ago.

In recent years we have also seen an interesting development from social media channels. Their goal is to keep people on their site for as long as possible. This means that there is an opportunity today for brands to get extra exposure at the cost of diverting their content away from their website and publishing natively on the platform. While I couldn’t find any hard stats about this (and no doubt it will depend what you are posting) I did conduct a little experiment. I published the same article as a post linking to a website, and many months later as a native article within linkedin. Shockingly, the same article saw 650% more views when published natively.

With the launch of Linkedin Service Marketplace in October 2021, its clear that they have a strategy to become a single network for all your business needs. While it may be a few years off now, we only have to look at how Amazon has changed retail forever to see where this could go.

For many retail stores optimising their Amazon profiles is probably now more important than optimising their website, as they will get more orders on Amazon then through direct searches. In fact more and more businesses are choosing to sell through amazon exclusively. I could certainly see this same thing happening on Linkedin, if they are able to differentiate their marketplace from other freelance type sites and avoid the ‘race to the bottom’ that open price competition so often encourages.

So is this the end of websites?

Websites are not going to go exist, but I can certainly see a shift coming in the way that brands use their websites:

True Omni-channel experiences – Where a lot of marketing activity is currently focused around the website, if other channels become more legitimate sources of traffic and conversion, I can see this being more evenly spread and we will see as much time and attention spent on linkedin for example.

More value from visitors – It’s an often-stated fact that an average of around 2% of website visitors will convert, as we start to see a more omni-channel approach for most businesses, we should also change our perception of our visitors. People who come to our online spaces instead of interacting with us on other platforms will be seen as having higher engagement and brand interaction, and I would suspect website conversion rates will actually go up as there will be a longer funnel we don’t see beforehand.

From conversion to social proof – While I expect conversion rates to go up, I actually see the role of websites changing somewhat where they’ll be a bigger emphasis on providing reassurance/social proof to visitors that they should choose you. Websites will need to concentrate on the stability and story of the company, highlighting happy customers, showcasing your knowledge as opposed to trying to converting prospects then and there.

Breakouts – I talked about how Google ads represented very good value, they got everyone to use them and then they jacked up the prices. The same thing will happen on Amazon and Linkedin (you could argue it already is) while more businesses may benefit in the next 2-4 years by sharing and selling natively ‘on platform’ they will also be wary that no sooner do they start doing so, their competition will as well. As such I predict a raft of challenger brands will come along to seek to disrupt the disruptors. Amazon has always had challengers but the difference today is that rapid scaling and investment is a lot more common place, and I believe if competitors can innovate they can gain real market share. This unfortunately mean more channels for marketers and the reality for all but the mega-brands will be that they have to pick and choose.

So are websites going extinct? NO! They are too cost-effective to disappear completely but their role alongside other channels will change. 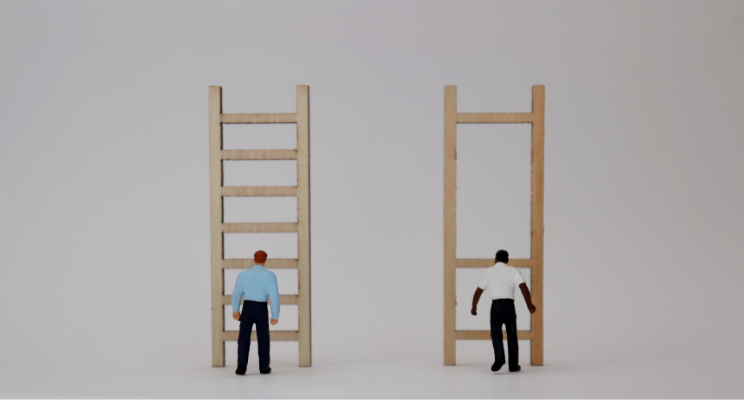